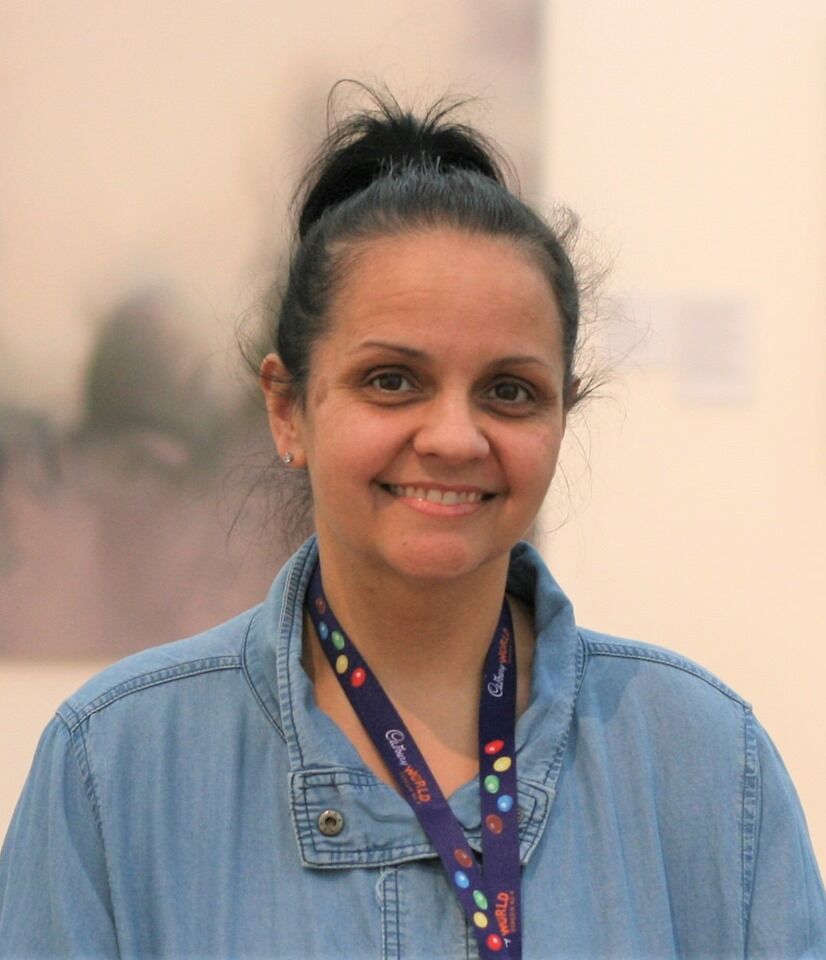 Gippsland Art Gallery welcomes Angela Chittem, who has been appointed to the role of Indigenous Engagement Officer.

Based in the Latrobe Valley, Angela is a mother of five who has long been an advocate for women’s health and social justice, with a passion for art.

Angela is a proud Gunaikurnai woman who has been living in and working with her local Koorie community in Gippsland for many years. More recently she has been managing the art careers of David Thorpe and Jacinta Dixon and helping them to achieve success for their work.

As part of her role Angela will be helping promote stronger connections between the Gippsland Art Gallery and the Gunaikurnai community through exhibitions and public programs such as talks and workshops. She will also help to promote an understanding of Gunaikurnai art and cultural traditions. She says, “it is important that people, including artists, know the importance of using practices from your own traditional lands and respecting styles from other traditional clans”.

Gallery Director Simon Gregg says, “We are thrilled to welcome Angela to the team and the opportunities that will be created through this role. Building an engaged and deep seated relationship with the Gunaikurnai community of Gippsland through the Gallery will enrich the lives of both residents and visitors to the region, and it will also promote a better understanding and appreciation of Gunaikurnai art and culture as the authentic voice of Gippsland”.

The role is a first for Gippsland, and has been made possible through the Creative Victoria Engaging Audiences Regional Partnerships program. Initially a one-year role, Angela says, “I hope that through my work at the Gallery I’ll be able to open some doors to the Gunaikurnai community that I feel so proud to belong to, and that after my year here the community will feel a sense of pride and ownership over their Gallery and they’ll want to keep coming in”.

The PGAV extends a warm welcome to Angela!