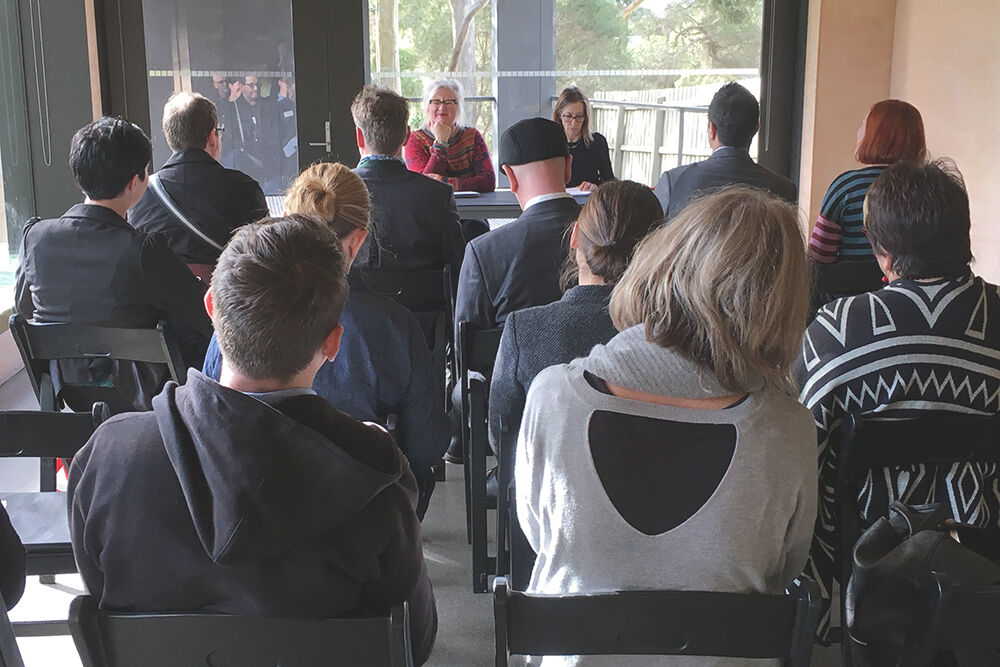 AGM and appointments to the PGAV Board

The PGAV held it's Annual General Meeting (AGM) on Monday 29 May at Heide Museum of Modern Art. Our guest presenter was Dr Natasha Cica, Heide's new CEO and Director. Natasha spoke about her background in global consultancy in culture and education, outlined her interest in the role at Heide and the work she has been undertaking since starting in April. It was great to meet Natasha and we look forward to working with her as she leads Heide through a new period of growth. This AGM saw the appointment of JD Mittmann, Curator & Manager of Collections at Burrinja and Sue Roff, Director, Arts Project Australia as Metropolitan Representatives and Anton Vardy, Director, Gippsland Art Gallery as Regional Representative to the PGAV Board. Read our board member profiles on the PGAV website.This AGM also saw Rami Eltchelebi step down from the Board after serving six years as our Treasurer. Rami’s contribution has been invaluable, providing fiscal oversight and helping guide the growth of the organisation - we extend our sincere thanks to Rami. We also thank Kallie Blauhorn, the former Gallery Director at Monash Gallery of Art and John Cunningham, the former Director of McClelland Sculpture Park + Gallery who resigned from the board during the year.

The PGAV will hold an Annual General Meeting to consider and approve:

Minutes of the previous AGM; President’s Report; Review of the financial reports to 31 December 2016; and to Elect nominees to the Board.

Dr Cica commenced at Heide Museum of Modern Art in April 2017. Prior to her appointment, Dr Cica founded Kapacity.org, a global consultancy whose clients include leading cultural and educational organisations. Her professional experience spans public administration (including as an adviser to Australia’s national parliament), crisismanagement, corporate law, and the higher education and non-government sectors. She has held leading roles at think tanks and start-ups in Australia and Europe – and is an award-winning author, broadcaster and public commentator.

Dr Cica has served as an adviser to the Tasmanian Government on developing a cultural policy for Tasmania; as adviser to the Alcorso Foundation fostering cultural exchange between Europe and Australia; and as a member of the steering committee of Arts Tasmania’s Design Island program.

Her innovative THINKtent project has been presented as part of the Ten Days on the Island arts festival, at the Sydney Opera House, at the Museum of Old and New Art, at the Museum of Contemporary Art Belgrade, and as part of the Danube Dialogues, the Euro MBA at Audencia Nantes School of Management, and the Human Cities initiative supported by the Creative Europe program of the European Union.