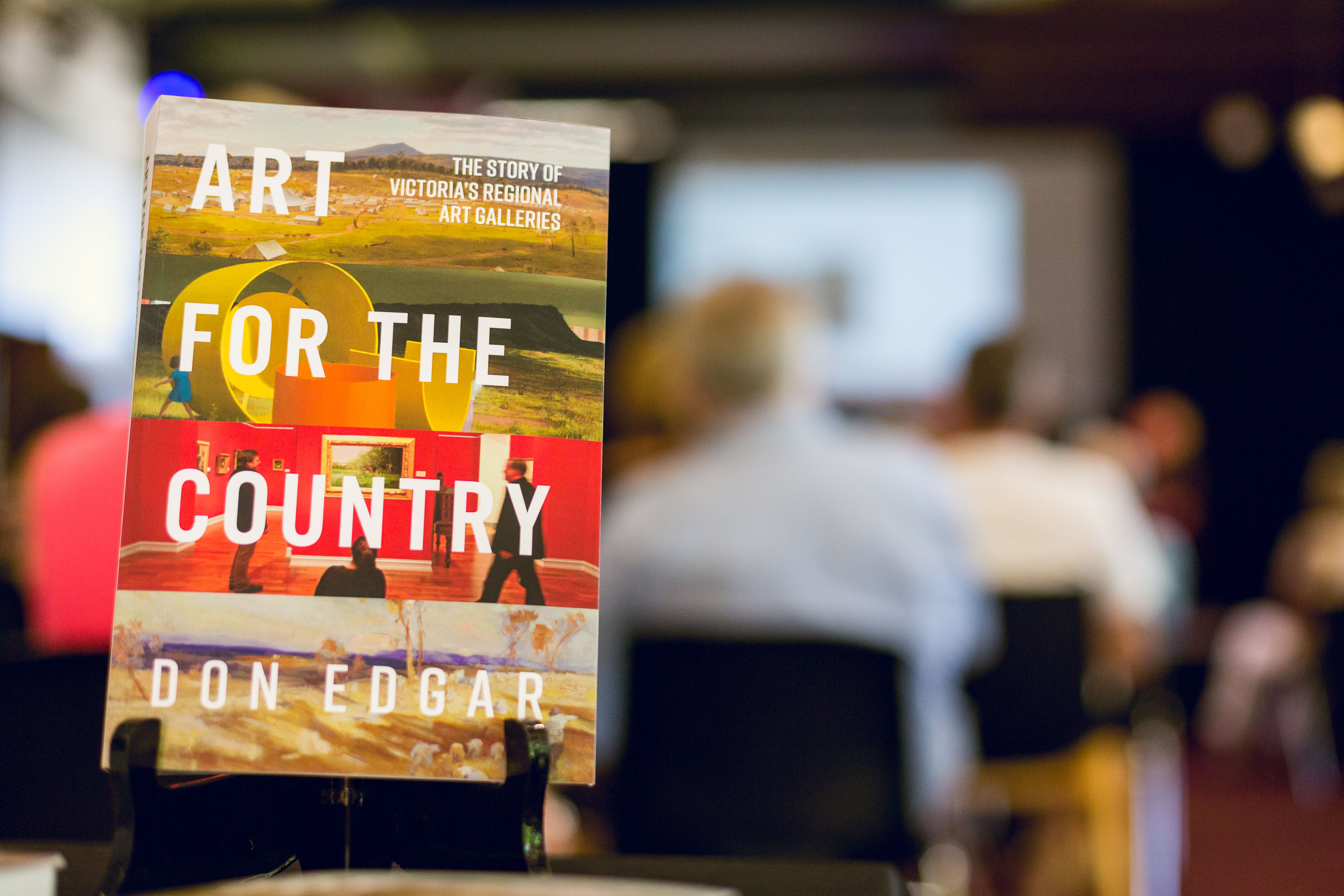 To mark the launch of the book, Art for the Country: The story of Victoria’s regional art galleries at Melbourne Art Book Fair, join author Dr Donald Edgar OAM in discussion with Margaret Rich OAM, former Director of Geelong Gallery and the Art Gallery of Ballarat, Svetlana Karovich, former Director of Benalla Art Gallery and Rebecca Coates, Director, Shepparton Art Museum. The panel will be convened by Jane Clark, Senior Research Curator at MONA – the Museum of Old and New Art, Hobart.

The discussion will draw out key themes in the new book Art for the Country – which traces the colourful history of Victoria’s regional art galleries, replete with political drama, directors vilified, battles with arts bureaucrats, generous benefactors and dedicated citizens fighting for a better deal for arts in everyday life.

The launch is part of Melbourne Art Book Fair presented by the National Gallery of Victoria.
Art for the Country has been made possible through the support of the Gordon Darling Foundation,
Creative Victoria and the Public Galleries Association of Victoria (PGAV).
It is published by Australian Scholarly Publishing (ASP).