Who are you?: Athens, Aotearoa and the Art of Marian Maguire 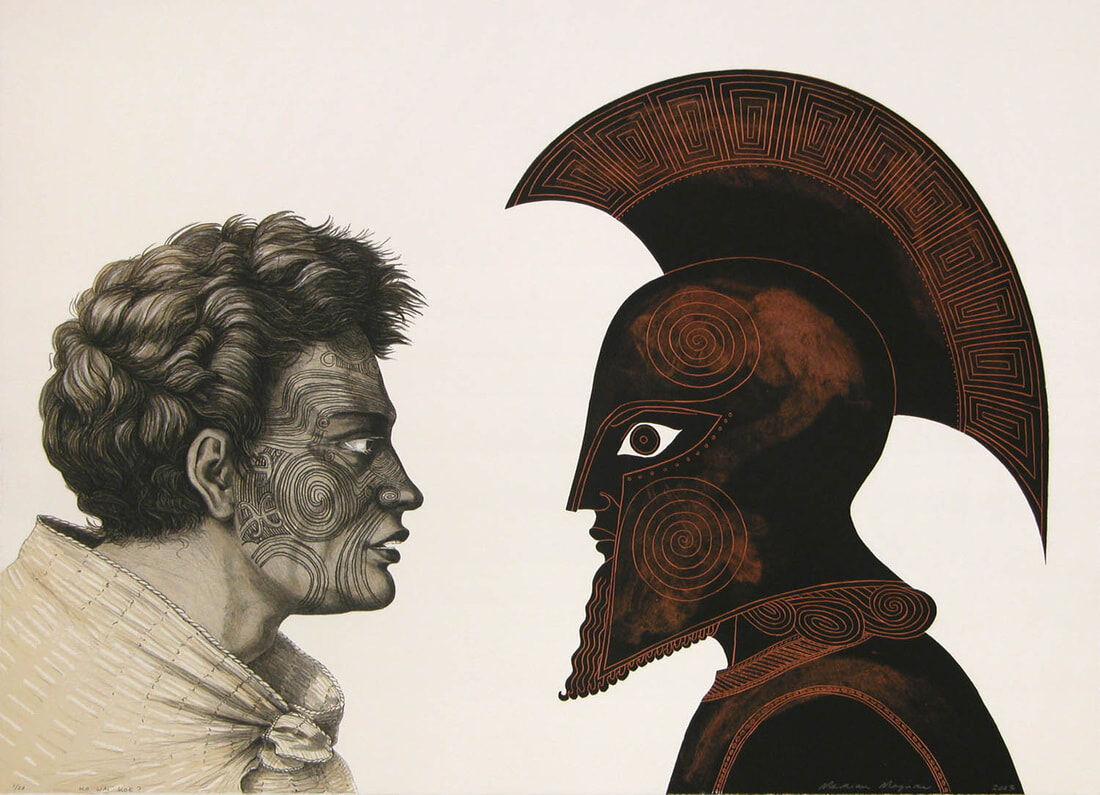 Who are you?: Athens, Aotearoa and the Art of Marian Maguire

British, Māori and ancient Greek culture collide in the works of New Zealand artist Marian Maguire. In an exhibition at Melbourne’s Hellenic Museum, the unexpected combination triangulates a visual conversation of colonialism, memory, cultural interaction, history and myth, and how these factors inform personal, cultural and national identity.

Featuring works from the series: The Odyssey of Captain Cook, The Labours of Herakles, Titokowaru’s Dilemma, and A Taranaki Dialogue