WHO ARE YOU: Australian Portraiture 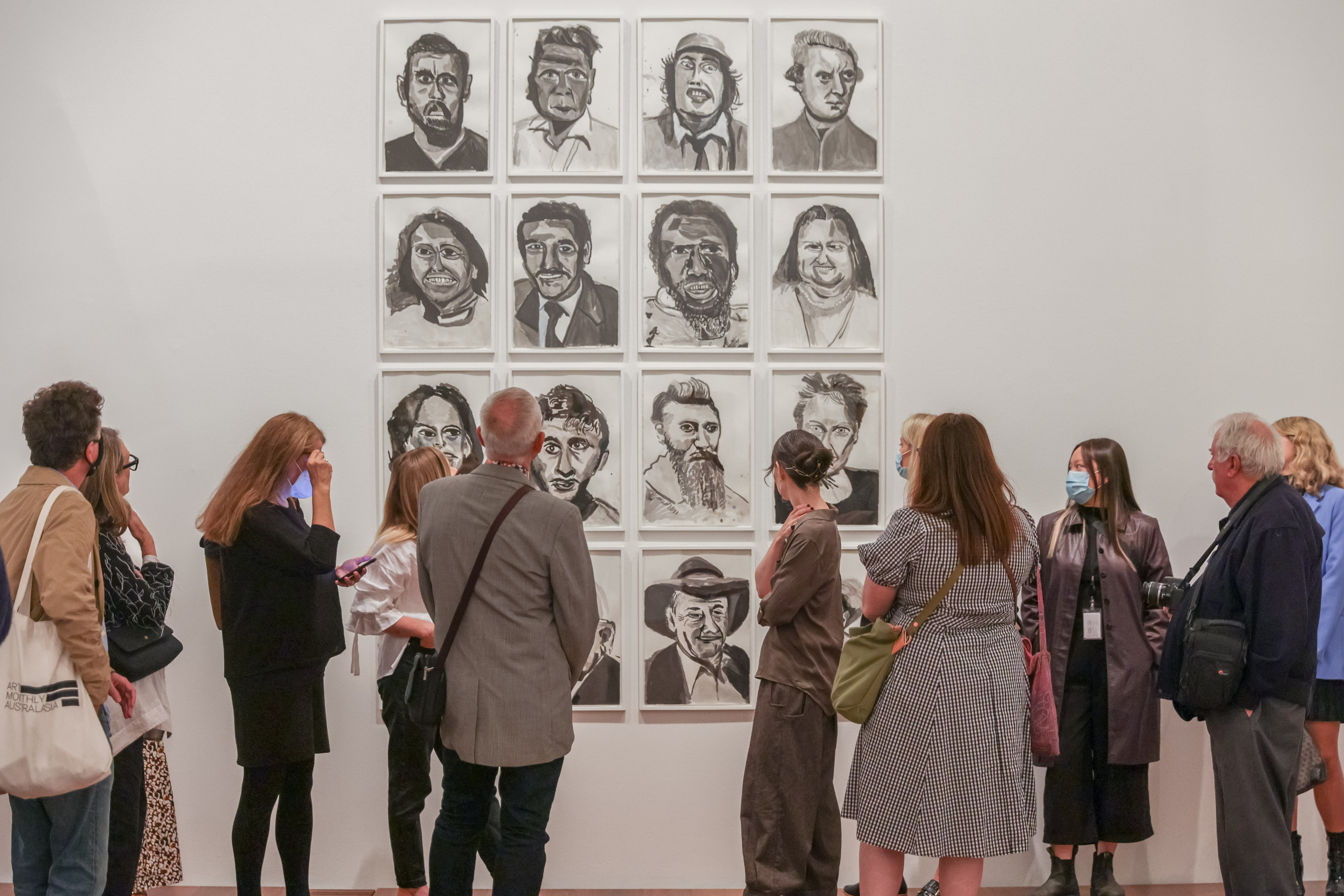 WHO ARE YOU: Australian Portraiture

WHO ARE YOU: Australian Portraiture is the first exhibition to comprehensively bring together the rich portrait holdings of both the National Gallery of Victoria, Melbourne, and the National Portrait Gallery, Canberra. Revealing the artistic synergies and contrasts between the two institutions’ collections, this co-curated exhibition considers portraiture in Australia across time and media.

Through the examination of diverse and sometimes unconventional ways of representing likeness, WHO ARE YOU will question what actually constitutes portraiture – historically, today and into the future. Examples of some of the more abstract notions of portraits in the exhibition include John Nixon’s Self-portrait, (1990), and Boris Cipusev’s typographic portrait of Jeff from The Wiggles, titled Jeff the wiggle, 2009–2013. Polixeni Papapetrou’s Magma man, 2013, a photograph that merges sitter and landscape until the two are almost indecipherable, and Shirley Purdie’s multi-panelled evocation of biography and Country, Ngalim-Ngalimbooroo Ngagenybe, 2018, further challenge the conventions of the genre and touch upon the intimate connection between artist, sitter and land. NGV Collection highlights include new acquisitions: Kaylene Whiskey’s Seven Sisters Song, 2021 – a playful take on portraiture by a living artist and Joy Hester’s Pauline McCarthy,1945, a rare example of Hester producing a portrait in oil.

WHO ARE YOU is the largest exhibition of Australian portraiture ever mounted by either the NGV or NPG, and is the first time the two galleries have worked collaboratively on such a large-scale project.

Image: Visitors enjoying WHO ARE YOU: Australian Portraiture at The Ian Potter Centre: NGV Australia from 25 March to 21 August 2022. Photo: Getty.