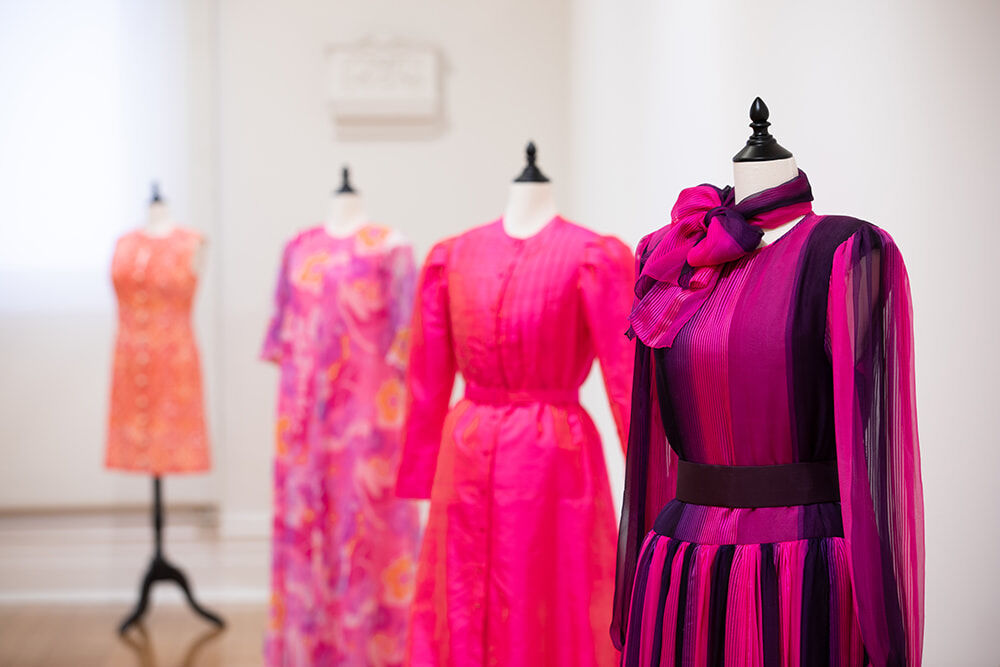 Lady Barbara Grimwade’s interest and appreciation for well-tailored clothing and fashion began during her school days and her early adulthood. As a young woman Barbara favoured Marlowe of Sydney, a designer who had studied in France and was highly proficient in haute couture. Following a move to Melbourne, Lady Grimwade was a dedicated patron of Arija Austin, the owner and designer of Tu in South Yarra. Austin’s designs were classically simple, austere, yet dramatic in colour and impact.

Barbara married Andrew Shephard Grimwade in October 1959, who was later appointed a CBE for services to the Arts and the Community in 1977. The Grimwade family were pioneers of the pharmaceutical and chemical industries in Victoria.