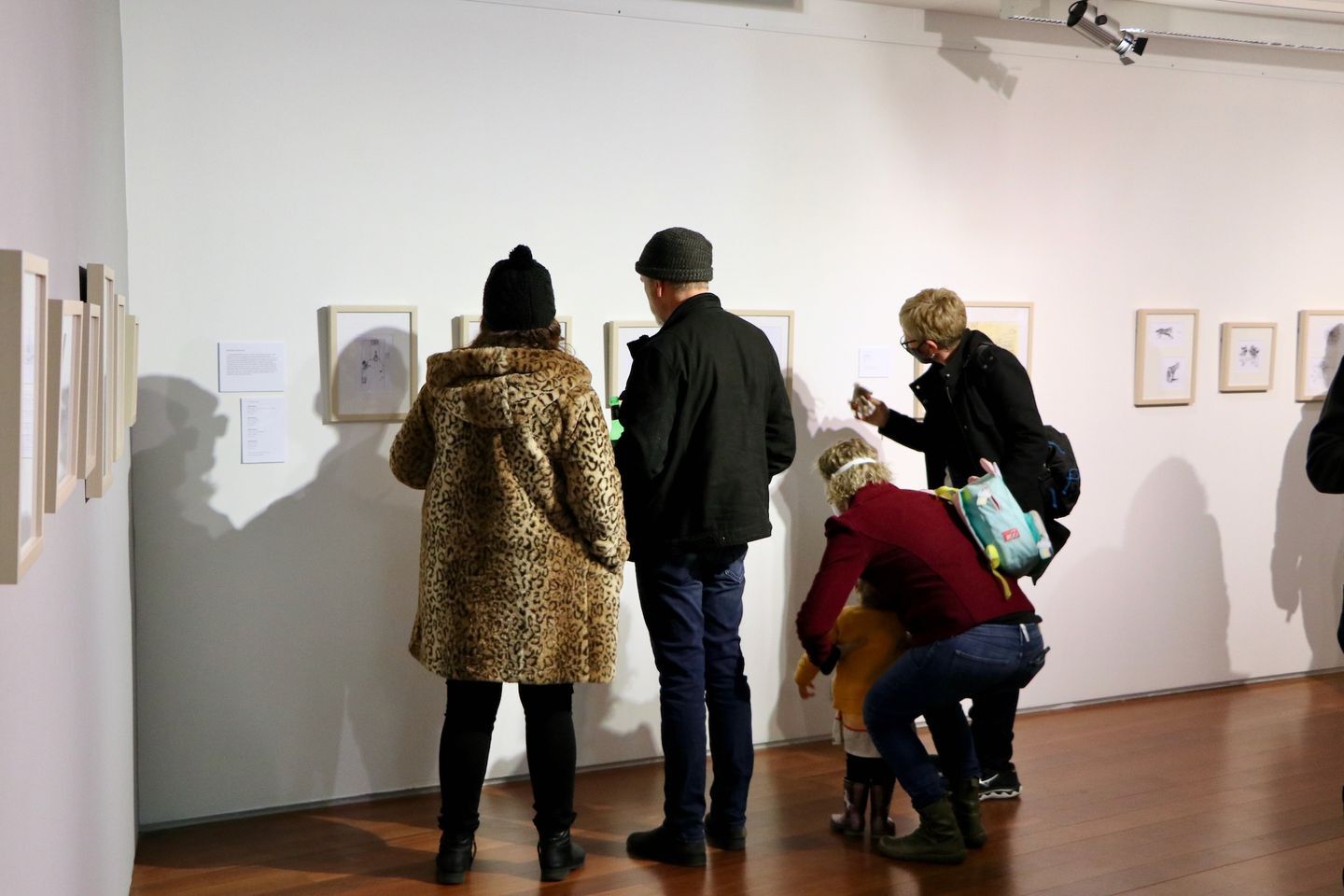 An exhibition of the illustrations from Heidi Everett’s memoir My Friend Fox (Ultimo Press).

‘Not everyone likes foxes; rightfully in countries where they don’t belong. In many ways, a fox is like schizophrenia. It’s an unloved, unwelcome creature that steals in while no one looks, scrounges on unwatched provisions and gets hunted down, despised for the damage it wreaks. Wealthy people wear the fur of its capture, much like the doctors who claim to hold the cure of such a curse while sleeping warmly in nice houses from the chase. In a way, they chase their own tails.

I am perhaps like the fox. I’m arty and artful, but that’s why I survived. My first experience of the power of illustration - or drawing a story, was after my brother and I saw a UFO up close one wintery evening playing outside in the Welsh borderlands half-light. Drawing the spaceship let me get the terrifying image out of my mind and onto paper. It also meant drawing the shocking experience out of my spirit. After that, I became obsessed with drawing horses which got me through some of the worst times of my young life. When everything around me was scary and bad, I was able to escape into another, much happier world drawing horses.

This combination of documenting strange events with mundane actuality, culminates in my memoir My Friend Fox. I like drawing with black fineliner because illustration by nature is concise and deliberate; it gets to the point quickly. My art is subversive to the archaic stereotype of ‘schizophrenic art’, in part because that was a stylistic trope conceived by 20th century psychiatry, but mainly because I’m also an autistic woman which underscores the reason I ended up in a psych ward with complex trauma diagnoses of schizoaffective, grief disorder, eating disorders and depression.

The drawings in this exhibition and book are processed photographs of the memory of images that happened to me. People like me also have to bear the weight of the psychiatric system experience as well as the story of what happened to us on the path there. Both experiences get filed in the same box. It’s important we enable people with living experience of such dual traumas, access to the arts because that’s where our healing lives.

I’m pleased and grateful my story and illustrations are being honoured in My Friend Fox and now with The Artful Fox exhibition at The Dax Centre. It’s a healing time for me and the mental health system, and I hope that this exhibition airs out the scars a little more.’