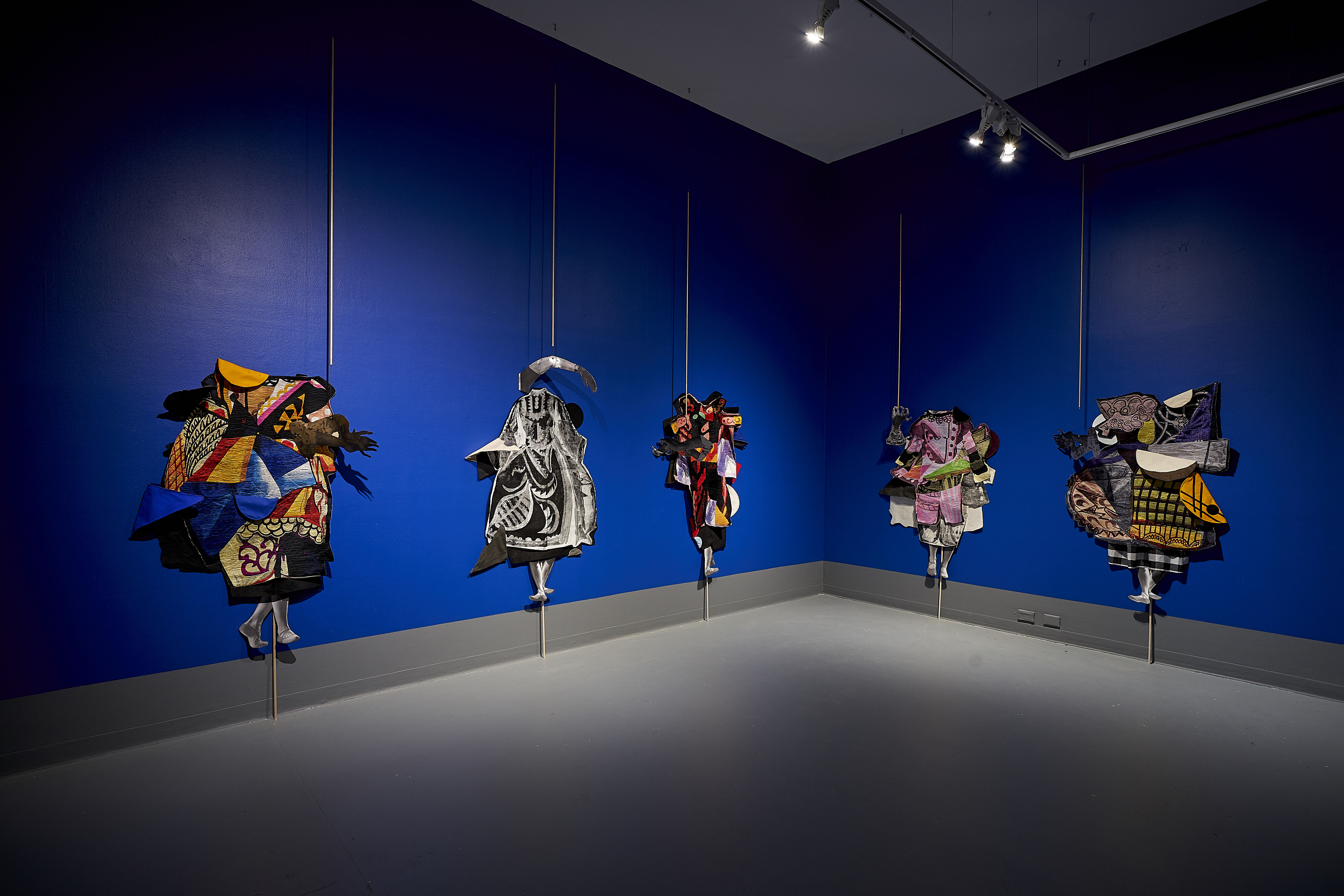 P.A.R.A.D.E. is the second work in Sally Smart’s trilogy in which she explores and contemporises the historical avant-garde performances and designs of the early 20th century Ballets Russes, widely regarded as the most influential ballet company of the twentieth century. Smart creates an experiential and immersive environment, comprising textiles (costumes and curtains), sculptural components and performance (video and sound) inspired by the sets and costumes designed by Pablo Picasso for the Ballets Russes’ Parade in 1917.

The act of cutting, splicing, pinning, layering and manipulating multiple fragments across spaces is central to Smart’s practice. Her use of fabric elements aligns to a long-standing interest in the domestic and feminine, and a desire to fracture or rupture societal expectations of gendered roles.