Off The Grid: Invader and Melbourne street art in the early 2000s 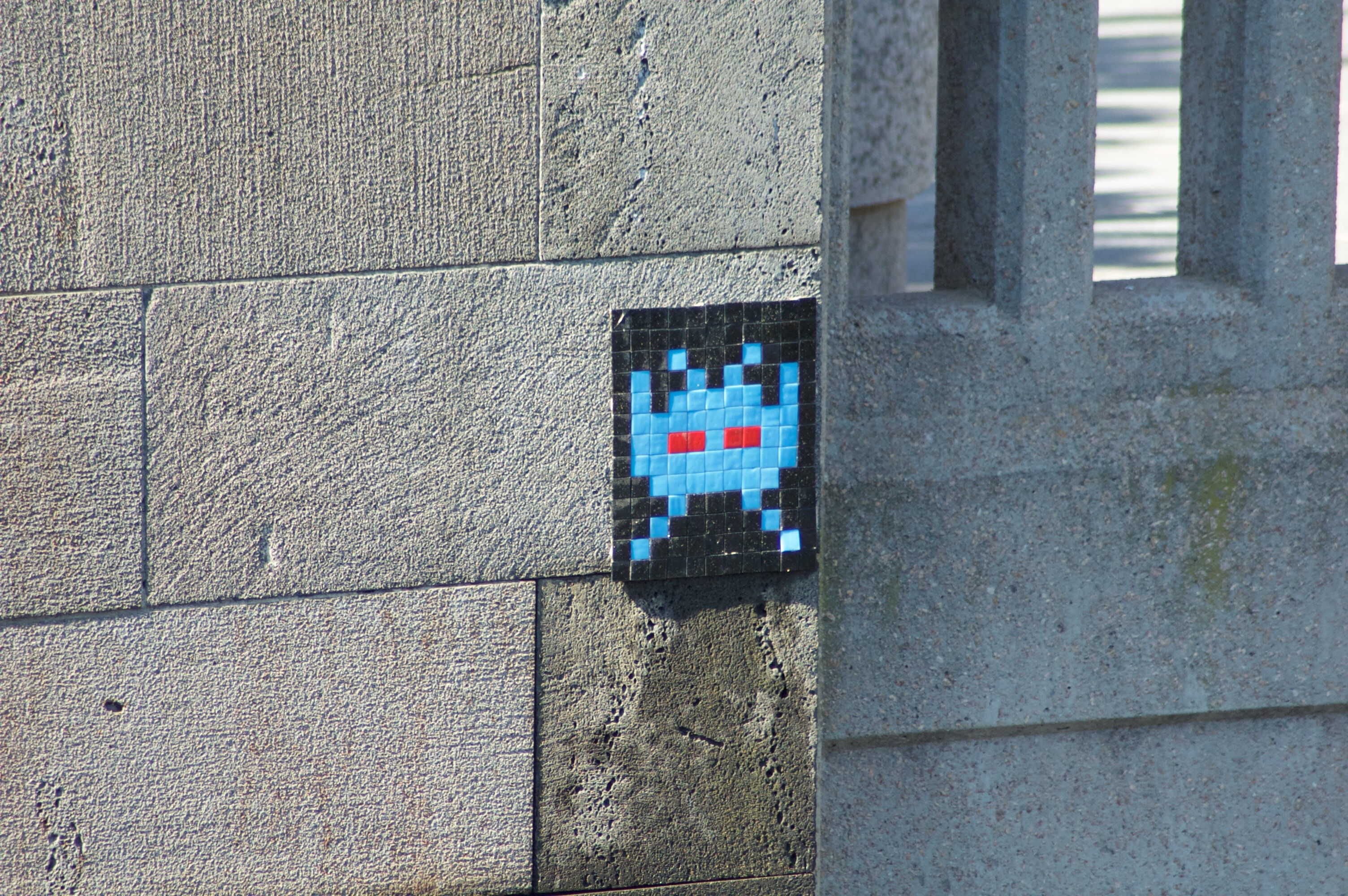 Off The Grid: Invader and Melbourne street art in the early 2000s

An iconic tile mosaic secretly installed in Melbourne by legendary street artist Invader 20 years ago is the centrepiece of City Gallery’s latest exhibition, Off the Grid.

Cracked but intact, the tile mosaic was saved from the demolition hammer in 2018 when the Arts Centre Melbourne was undergoing major renovations.

Now, 20 years after it was first installed alongside 24 others, the mosaic is being reconsidered in a wider historical context, looking at its place in the long and rich history of Melbourne’s street art and the recurring motif of the grid.

Invader’s work references the early video game, Space Invaders (1978). To fully understand the work, consideration needs to be given to the longer history of both computing and aerial warfare, which stretches back to the 19th century, along with the history of Melbourne itself.

‘’By placing his art in Melbourne, Invader activated a longer history that draws together Melbourne’s colonial streetscapes and the pixelated screens of digital culture – a reminder, via art and games, of the fused histories of technological experimentation, aerial warfare and frontier violence,” he said.

Examining street art from this period, Invader was not the only artist making work inspired by digital culture and the aesthetics of the grid. The exhibition displays photographs of five street artists from this period, which responded to the grid and the rise of digital technology.

Working across artmaking and academia over three decades, curator Lachlan MacDowall is a scholar of graffiti, street art and digital culture, best known for pioneering research methods that mix genres, images and data.

He has published widely on the history and aesthetics of graffiti, as well as on urban informality, public art, cultural policy and digital platforms. As a writer and photographer, he has pioneered new methods to register the complexity of graffiti and street art. His work is widely cited and has been translated into French, Italian and Ukrainian.

His most recent book is Instafame: Graffiti and Street Art in the Instagram Era, published by Intellect and University of Chicago Press. He is currently Director of the MIECAT Institute in Melbourne, Australia.