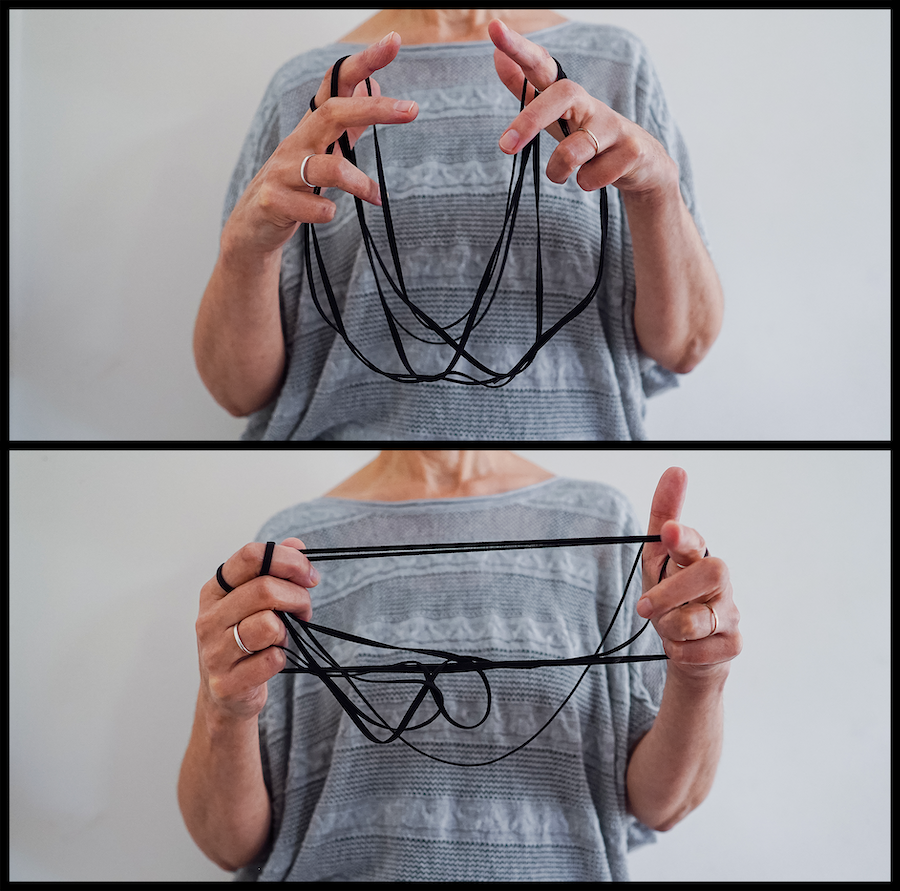 Figuring features over one hundred string figures made of face-mask elastic, pinned across the walls of three galleries.

Bufardeci’s project is inspired by the game of string figures, or cat’s cradles, which used to be a popular game in primary school playgrounds. Children would make Jacob’s Ladder, Cat’s Whiskers, A Broom, A Teacup or many other figures. Formed with mask elastic and presented in grids, Bufardeci’s string figures are not complete. They come from attempts to make something fully formed but they are tense, slack and entangled.

Like abstract Rorschach ink blots, the figures offer hints and suggestions of things that already exist in the world such as animals, objects or scenes. However, they also suggest other things or ideas that don’t already exist. In her attempts to create the string figures, taken from those documented in anthropologist Caroline Furness Jayne’s book, String Figures: A study of cat’s cradle in many lands from 1906, Bufardeci has created an extensive series of new shapes and forms.