COVID-19 UPDATE: INFORMATION FOR VISITORS ATTENDING PUBLIC GALLERIES
From 1 June public galleries in Victoria are able to re-open.
We have compiled a list of gallery re-opening dates HERE, however we suggest you check with individual galleries for any changes to their visitor hours or procedures.

Continue engaging online: you can continue to engage with public galleries from home. Visit our list of online experiences HERE. 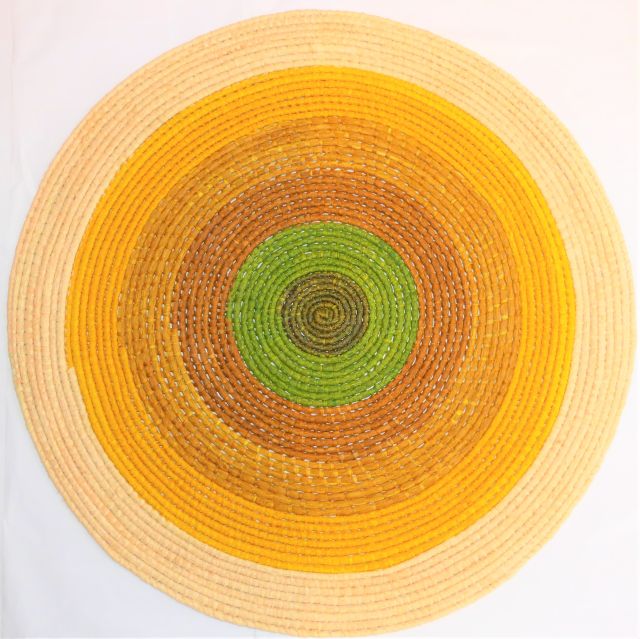 From textiles to cultural adornment to earthy vessels and skilled weaving reflecting the Kaiela-Dungala (Goulburn Murray) region of Victoria, this exhibition showcases the work from emerging and established artists from Kaiela Arts Shepparton.

Developed in partnership with the Koorie Heritage Trust, Kaiela Arts develops robust art and craftsmanship through the exploration of country and responding to the ebb and flow of the Kaiela Dungala (Goulburn Murray) river system.

Through individual and installation works, Kaiela-Dungala will showcase the connection between artists from this region to country and their response to the ebb and flow of the river system. Focal points will include ceramic vessels, clay jewellery, weaved creations, paintings and textile design that transpose cultural imagery to screen-printed wearable items.

With a rich Indigenous heritage, the Kaiela Dungala region is home to many talented artists. Artists in this exhibition include: Suzanne Atkinson, Tammy-Lee Atkinson, Amy Briggs, Eric Brown, Dylan Charles, Cynthia Hardie, Eva Ponting, Norm Stewart, Brett Wilson plus other artists represented by Kaiela Arts will provide an inspirational body of work that brings mark making and creating to the forefront of cultural expression.

Established in 2006, Kaiela Arts is an Aboriginal art centre located in Shepparton and represents over 80 Aboriginal artists in the Kaiela-Dungala region. At Kaiela Arts, artists are encouraged to tell their stories through art and as a means of building pathways to professional excellence and recognition, connecting with and sharing culture across two worlds and further enabling physical, spiritual and emotional wellbeing of family and community.