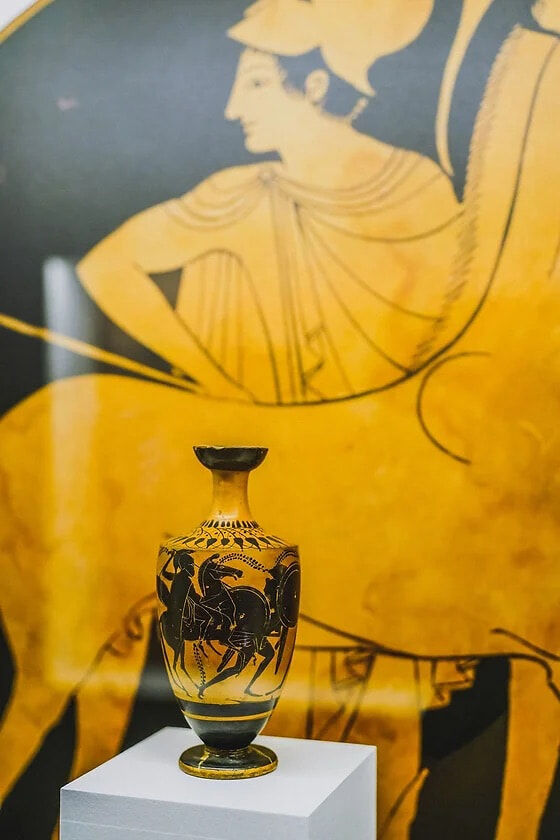 War was a constant reality in ancient Greece. The heroic stories of the Iliad and Odyssey were in many cases considered by the ancient Greeks as records of their cultural origins – with some claiming direct descent from the heroes. Warfare in the ancient world was intrinsically linked to politics, economics, religion, technological development, and much more. To look at warfare is to look at the evolution of ancient Greek culture.

Displaying both original and replica Greek helmets, original weaponry, armour, and a collection of Attic and South Italian vases depicting scenes of warfare and battle preparation, Heroes and Hoplites is unlike any other exhibition in Australia.