Golden Shells and the Gentle Mastery of Japanese Lacquer 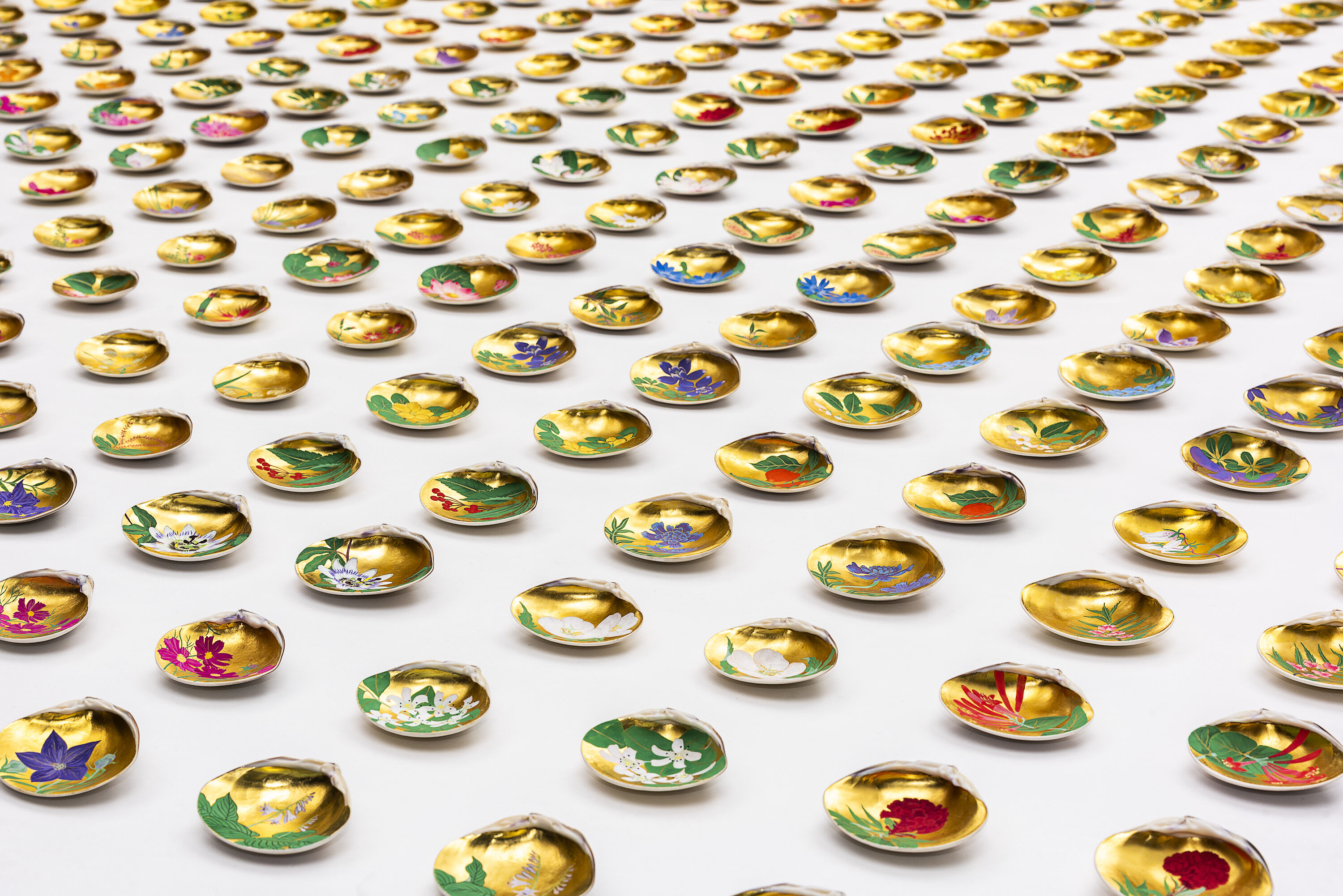 Golden Shells and the Gentle Mastery of Japanese Lacquer

The beauty and artistry of the historical Japanese ‘shell matching’ game kai-awase is celebrated in a new exhibition at the centre of which is a contemporary 720-piece set commissioned by Melbourne philanthropist Dr Pauline Gandel AC. Comprising two Japanese lacquerware shell boxes and 720 gilded clam-shaped shells, each decorated with hand-painted Japanese and Australian flowers, this new edition of the game is the only complete example known to be in existence and provides audiences with a rare opportunity to admire the craftsmanship behind this centuries-old pastime.

Kai-awase is a game of memory and historically shell interiors were painted with matching scenes from classical Japanese literature, including the Tale of Genji and Tales of Ise. For the first time in the history of the game, shells painted in the traditional Japanese yamato-e and rinpa style feature designs of Japanese and Australian flowers. The set is replete with two magnificent bespoke lacquered kaioike octagonal boxes, which were traditionally used to store the shells.

The contemporary edition of the game was produced by master lacquer artist Kitamura ‘Unryuan’ Tatsuo, who coordinated a team of more than forty artists and artisans from Wajima, Kyoto and other regions of Japan. The project has been a decade-long undertaking, during which a dedicated team artists, artisans, scholars and arts patrons have come together to honour, study, relearn and preserve traditional production techniques for future generations.

Highlighting the cultural importance of the kai-awase game, historical examples of painted shells and exquisite eighteenth-century kaioke boxes are also on display. Further illustrating the aesthetic sophistication of Japan’s ruling classes, additional historical games have been selected from the Gandel Collection of Japanese lacquer for the exhibition, including the olfactory incense game and exquisitely crafted lacquer artworks.