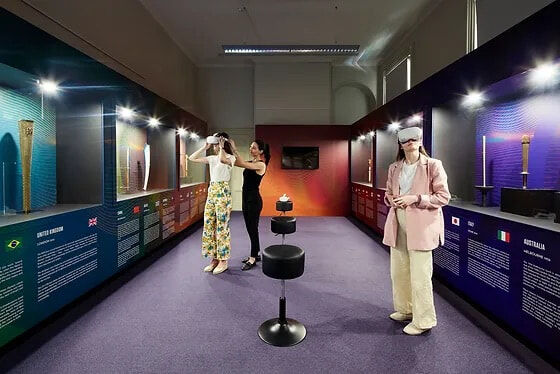 For almost twelve centuries the ancient Olympics united the Greek world and the modern Games have, for over 120 years, brought together more than 200 nations as they compete under the banner of friendship. Greece, as the birthplace of the Olympics remains an important part of this tradition.

Flame of Olympia showcases a rare collection of original Summer Games Olympic torches from the Berlin Games in 1936 – when the torch relay was first introduced – through to the 2016 Rio Games. Discover the history of the Games and their modern revival through this collection of torches as well as an audio-visual guide, immersive virtual reality experience and rare documentary footage.