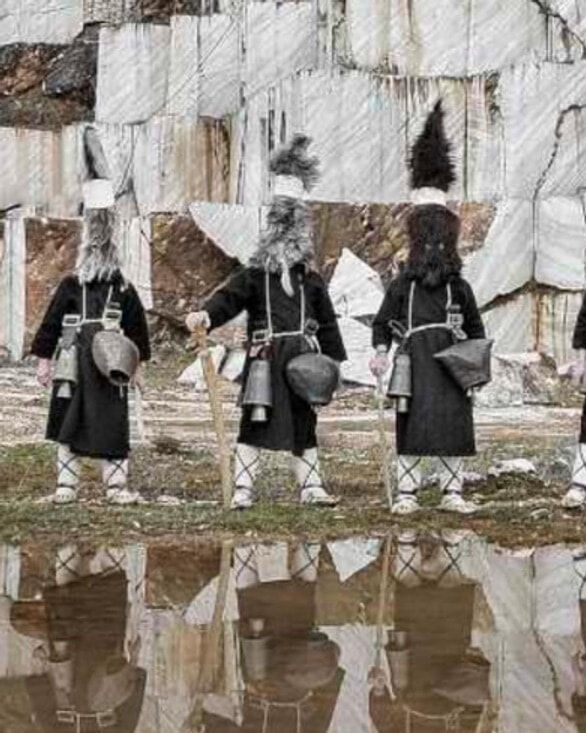 Faces + Masks is a photographic series by artist Nikos Vavdinoudis, featuring the costumes of eight villages in rural Northern Greece, and the obscure but fascinating rituals associated with them. The rituals, dromena, performed with these costumes are a part of a long-running tradition with its roots in Dionysian ceremonies in ancient Greece. Performed mainly in agrarian regions of Eastern Macedonia in Northern Greece the rituals focus on the elimination of evil spirits, which could affect the fertility of the land and of the people who live on it. In the mountainous villages of this region, a good year is synonymous with abundance and the regeneration of flora and fauna upon which the people’s livelihood depends.