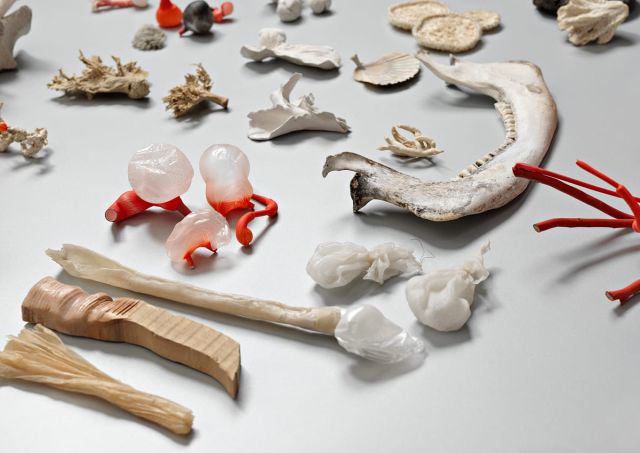 Proving herself to be one of South Australia’s leading contemporary Artists and Jewellers, Catherine Truman was selected as the 2017 JamFactory Icon, with solo show no surface holds hosted in Adelaide before touring Australia. This exhibition is the first time that Truman’s collaborative practice with artists and scientists is presented as a whole. Truman will present an intriguing and diverse solo show of objects, installation, images and film including several brand new works spanning the 20 years of her research at the nexus of art and science.

With a 35-year practice that covers film to public artworks to intricate carvings, ‘Jeweller’ as Truman is sometimes referred to, hardly embraces the true expanse of her practice. Rather, she is an accomplished artist, with a love of research flowing in the undercurrent to all of her practice, a practice that is of and about the body as much as it is intended for it.

The JamFactory Icon series was launched in 2013 as a series of solo exhibitions celebrating the achievements of South Australia’s most outstanding and influential craft and design practitioners. Each exhibition presents leading practitioners with significant national and international profiles and considerable influence in their chosen field.