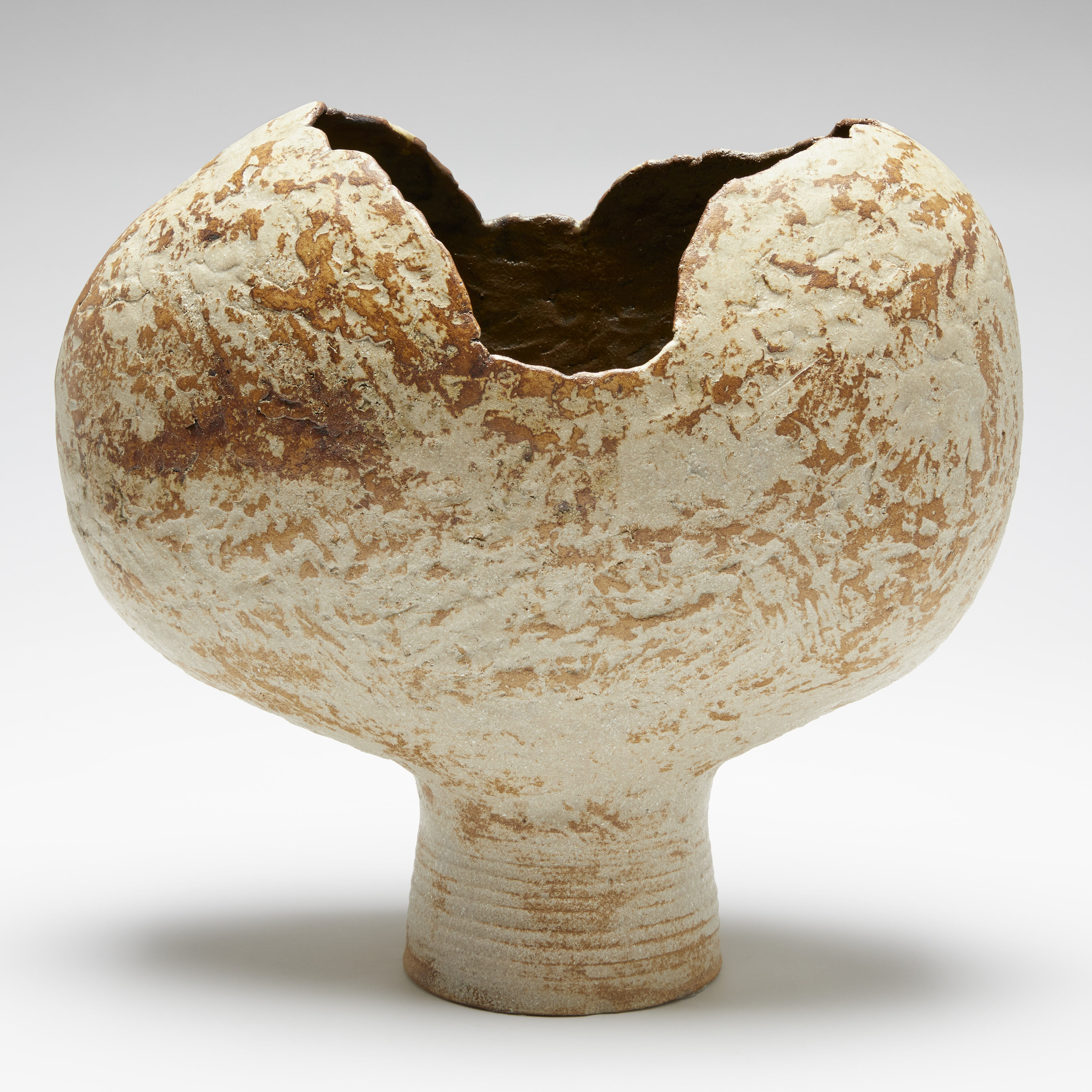 Bernard Leach was the grandfather of British studio pottery. His teaching, writing and philosophy was a major influence on the development of the Australian studio pottery tradition. Japanese potter, Shoji Hamada, a Master Potter and ‘Living National Treasure’, was as significant an influence. Western audiences have often seen his ceramics through his exchanges with Leach and Leach’s own work.

Leach and Hamada’s ideas and art were taken up by a generation of potters in Australia after World War II. Community pottery classes inspired collective creativity and stimulated the development of Australian clays, kilns, firing techniques and glazes. Many of the potters in Brown Pots travelled to Europe and East Asia to engage with, and sometimes to subvert, our understanding of the Leach and Hamada studio pottery legacy. As with many 20th century arts and craft movements, the exchange of pottery ideas has flowed in both directions.

Brown Pots pays homage to SAM’s exhibition history and the way that ceramics are central to our story. The exhibition reviews the important role that women have played in the ceramics landscape over this period. It also recognises the role and significance of many of Australia’s leading Aboriginal artists working in ceramics. In 1991, Shepparton Art Gallery presented an exhibition of 1970s Australian ceramics, titled BROWN. Many of the artists featured in this first brown pots show are in one of our three exhibitions, Brown Pots, Karavan and Studio Funk that SAM will present over 18 months.

Opening Hours
The SAM Shop, Kaiela Arts and the Greater Shepparton Visitor Information Centre are now open to the public, with the official Grand Opening of SAM to take place on 20 November 2021.