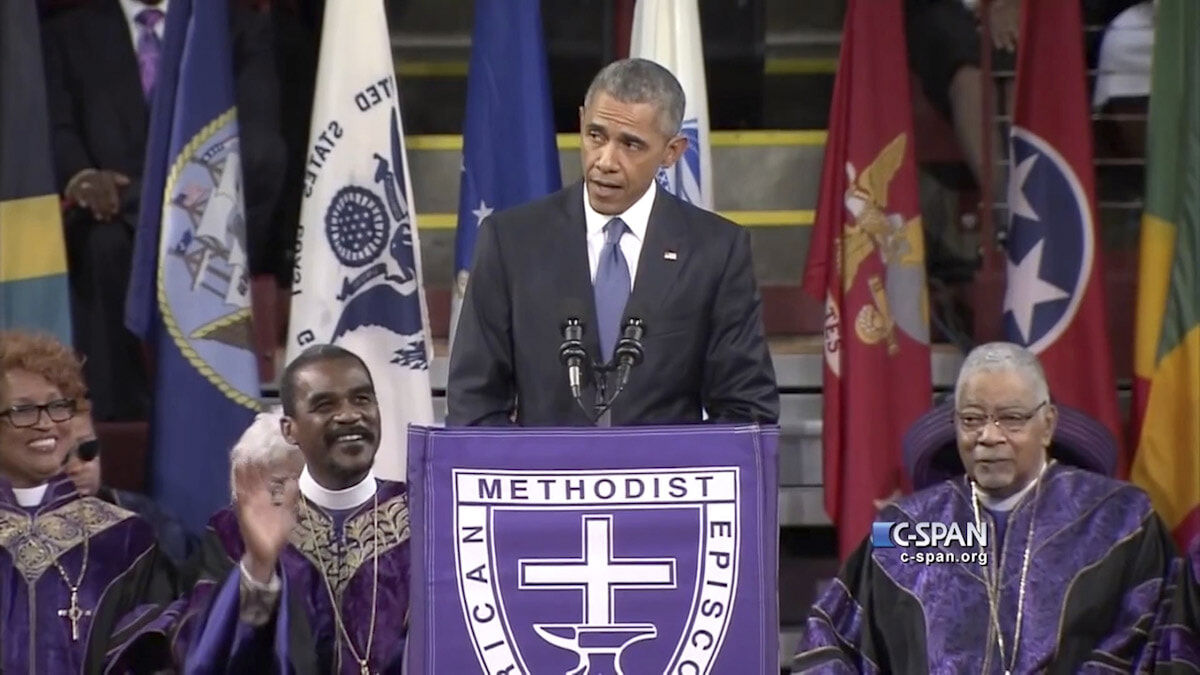 Produced by artist, director and award-winning cinematographer Arthur Jafa, Love Is The Message, The Message Is Death  is a masterful convergence of found footage that traces African-American history and identity through a vast spectrum of contemporary imagery.

Set to the searing highs and lows of Kanye West’s gospel-inspired hip-hop track, “Ultralight Beam,” Jafa’s acclaimed seven-minute video includes images of civil rights leader Martin Luther King Jr, and Barack Obama singing “Amazing Grace” at the funeral of Reverend Clement Pinckney, to helicopter views of the LA Riots and a crowd of bodies dancing ‘The Dougie’. The video’s inherent affective power derives from Jafa’s use of what he calls Black visual intonation, a technique derived from African American music that involves the editing, pacing, and syncopation of images and their inconsistent synchronization with sound.

Across three decades, Jafa has developed a dynamic practice comprising films, artefacts and happenings that reference and question the universal and specific articulations of Black being. Jafa is an internationally acclaimed and awarded artist who received The Golden Lion at La Biennale di Venezia in 2019, and has worked and collaborated with Jay Z, Spike Lee and Solange. His works are held in selected collections worldwide including Museum of Modern Art, USA; Tate Modern, UK, and The Stedelijk Museum, Amsterdam.