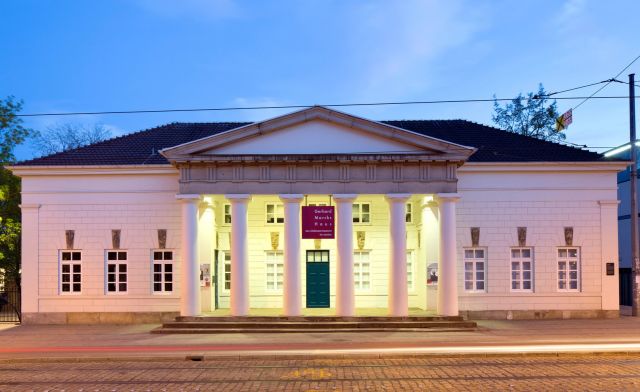 The Annual Duldig Lecture for 2020 will be presented by Dr Arie Hartog, Director of Gerhard Marcks Haus, Bremen Germany.

The 2020 Duldig Lecture is proudly supported by the Gordon Darling Foundation & organised by the Duldig Studio in association with the University of Melbourne.

In 1932 German artist and sculptor, Gerhard Marcks (1889-1981), appeared to be "the next big thing" in German sculpture, however, events turned out quite differently as Marcks' work was soon labelled as "degenerate art" by the Third Reich. Despite such persecution he continued to live in Germany between 1933 and 1945 and became one of the most important representatives of modern sculpture in German Post-War Art. That being so, what does the term "modern" mean exactly? What did it mean then, what does it mean today? The question becomes all the more interesting when you draw an imaginary line from Gerhard Marcks to Karl Duldig. Was Duldig modern? When and why?

Dr. Arie Hartog is Director of Gerhard Marcks Haus, a museum for modern and contemporary sculpture inspired by the work of the German sculptor and graphic artist Gerhard Marcks (b. 1889 - d. 1981). Dr Hartog is also chairman of the Association of Sculpture Museums and Sculpture Collections Working Group in Germany. His research focuses on the history of European sculpture.

Inaugurated in 1986 the Annual Duldig Lecture on Sculpture commemorates the life and work of the sculptor Karl Duldig (1902-1986) and his wife, the artist and inventor Slawa Horowitz-Duldig (1901-1975).