Agatha Gothe-Snape: The Outcome Is Certain 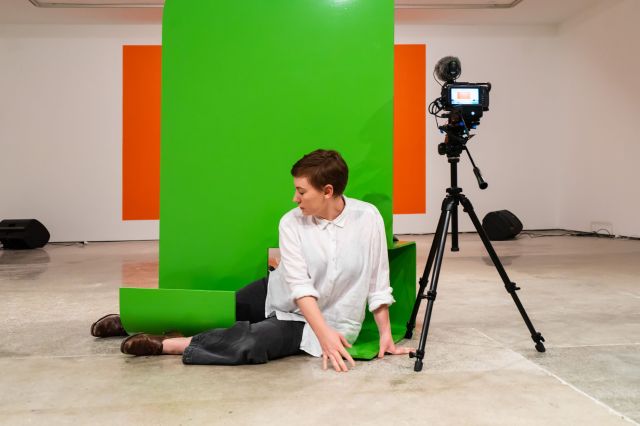 Agatha Gothe-Snape: The Outcome Is Certain

Agatha Gothe-Snape’s work is characterised by colour, text and a minimal aesthetic. Informed by an economy of materials, her practice has developed a distinct poetic matrix of interests, outputs, collaborators, palettes, motifs and technologies over the last ten years. Ever evolving, her body of work draws on the artist’s literacy in and experimental approach to the fields of performance and visual arts, while considering the formal, social and ideological frameworks in which they are based. With works that range from ephemeral gestures to monumental outdoor works, Gothe-Snape moves easily between conventional and non-conventional methods of art production.

The Outcome Is Certain will bring together key works from Gothe-Snape’s oeuvre from 2008 to the present that have only previously been shown alone or in group exhibition contexts. Alongside performance, wall drawings, PowerPoint presentations, sculpture, works on paper and collaborations with her close circle of artist-peers, the exhibition will feature two major new artworks, with one drawing on Gothe-Snape’s recent experimentation with virtual and augmented participatory environments.

With this selection of works, The Outcome Is Certain traces the through lines of Gothe-Snape’s practice. She brings our attention to architecture and its metaphors; digital technology and its ability to capture and erase; the weight of the Western art canon and its contention; the gendering of form and voice; the temporal and material perspectives of performance and its echoes; and the importance of observation, improvisation and collaboration (elements at the core of her practice).